FinMin Euclid Tsakalotos on Revitalizing Europe with society on board 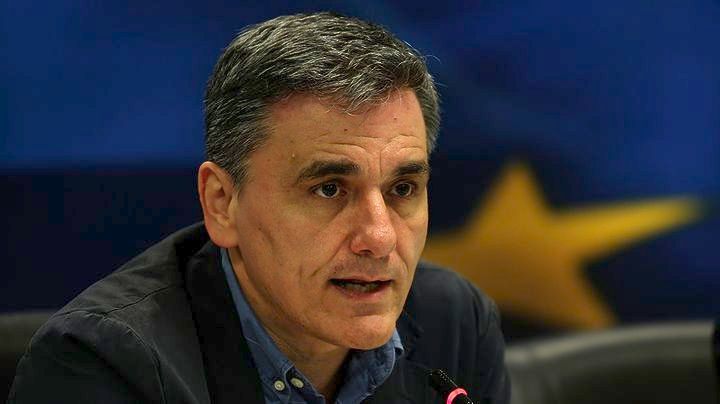 In his article for French daily Le Monde (Revitaliser l’Europe avec l’adhésion de la société, 17.1.2018), Minister of Finance of the Hellenic Republic Euclid Tsakalotos welcomes some of Emmanuel Macron's proposals on the future of Europe but argues that more attention must be given to EU's democratic & social deficit stressing that "the European Member States should in the future have to report on their progress, not only with respect to macroeconomic adjustment and structural reforms, but also with respect to social issues.":

"There is no doubt that since his election President Macron has revitalized the debate about reforming Europe and the eurozone in particular. It is too soon to say what will come out of this concretely especially since the window of opportunity between the establishment of a new German government and the elections for the European Parliament in the summer of 2019 is a rather narrow one.

The agenda for reforming Europe’s economic and financial architecture is an ambitious one. The completion of banking union will make a considerable difference to financial stability and the ability to face future financial crises, especially if the ESM is upgraded to a European Monetary Fund with some backstop powers. Of course, some European Member States of the North are still concerned with reducing risk before moving forward to risk sharing. This seems odd given how much risk reduction, through the BRRD for instance, has already been achieved. And from the Greek perspective, there has already been quite a lot of risk sharing as our first Structural Adjustment Programme in 2010 helped to shore up northern European banks, not least through the Securities Market Programme of the ECB which allowed northern European banks to offload their Greek bonds to their central banks.

The idea of creating some form of automatic stabilizer for the European economies, either through added investment when one Member State experiences an asymmetric shock as the French propose, or through an unemployment insurance scheme as the Italians are arguing for, will contribute to the stability of the real economy. Unfortunately, at this stage there is a consensus that such stabilizers, unlike what is the case in most monetary unions like the US, will not include an element of fiscal transfer. In other words, the assistance given will be more in the form of a loan rather than other Member States showing solidarity with an economy that is temporarily in greater trouble than the rest.

Finally, the idea of a European finance minister is also significant. But this significance will depend on the extent to which such a minister will have a eurozone budget and some discretionary powers.

It is critical that these reforms, and others that are being discussed, are accompanied by a framework that ensures a greater sense of public accountability and democratic control. Some have suggested an enhanced role for the European Parliament, others have suggested that some European institutions like the ESM/EMF need to have a broader representation from various societal interests.

But even this may not be enough to create a real European identity and thus a commitment of European citizens to European institutions. More specifically there are two areas of concern.

The first is at the level of politics. President Macron has attempted to create within France a “rainbow” coalition stretching from the centre left to the centre right, in part, to build support for his important European project. There is an issue over the extent to which such a coalition is exportable to other European contexts. But there is also an issue of the desirability of such a venture. Democracy feeds on political, ideological and social differences. Traditionally, the centre left and the centre right have argued about both the extent of the necessary redistributionary role of the taxation system and the necessity and scope of public investments and public goods. The fear is that rainbow coalitions, especially if they become a permanent feature rather than a necessity at a particular political conjuncture, cut off the oxygen of such political debates that are so necessary for a vibrant democracy.

The second has to do with how the deepening of the eurozone addresses the social issue. Macron’s agenda is rightly concerned with restoring more sustainable growth in Europe. He is obviously also concerned with Europe’s economic status relative to both China and the US. But as we now well know, you can have growth without addressing the issues of inequality and poverty. You can have growth by creating new jobs of poor quality and, moreover, positions which give people little prospect of a serious career path over the medium and long term. It is these issues that drive right-wing populism and nationalistic centrifugal forces within Europe.

To be sure we are not starting from scratch. At the recent Gothenburg European Council, prime ministers and labour ministers discussed the possibility of incorporating social indices into the European Semester. The idea is that European Member States should in the future have to report on their progress, not only with respect to macroeconomic adjustment and structural reforms, but also with respect to social issues. Moreover, initiatives being made at the level of the ECOFIN to address tax evasion, tax avoidance and profit shifting will also help provide more funds for public goods and social policies.

But I remain unconvinced that this goes far enough. A growth agenda which does not seriously address the democratic and social deficit of Europe will not stem the tide of populism. European citizens need to see institutions that are socially just in both procedure and outcome. We need creative thinking on social policies and to ensure that the reforms of the economic and financial architecture are ambitious enough to help economies of Member States converge. Such a convergence must be, and seen to be, just." 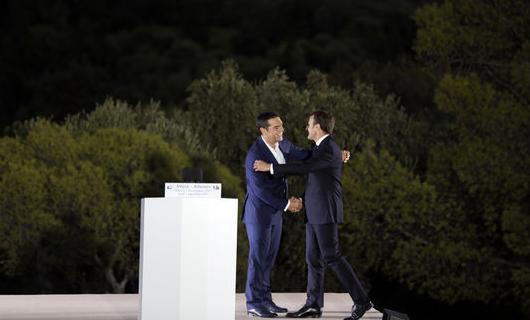