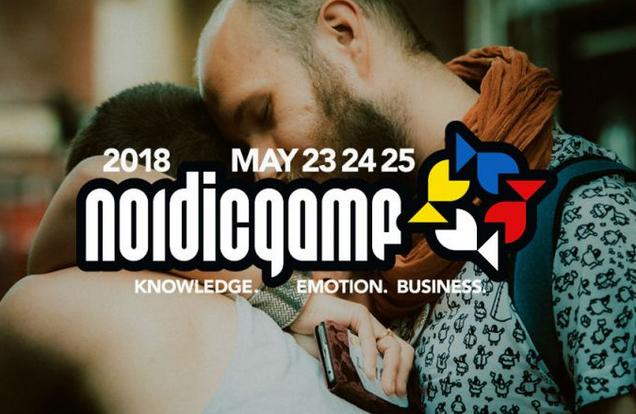 Five Greek digital game development teams participated in the Nordic Game International Business Conference held in Malmö, Sweden, from 23 May to 25 May, with the support of the General Secretariat for Media and Communication of the Ministry of Digital Policy, Telecommunications and Media and the assistance of the Press and Communication Office of the Embassy of Greece in Stockholm. The General Secretariat for Media and Communication is actively committed to the development of Greek audiovisual production with a focus on animation and video games. In this context it has undertaken a series of actions and initiatives to boost the gamers community in Greece, among which the Athens Games Festival - the first international game and business conference (28-29 October 2017) in Greece ever organized by the Greek State.

What was the outcome for the five companies of the Greek delegation? Members of the Greek teams shared their thoughts on their experience with Greek News Agenda* stressing that they are warming up for the second edition of the Athens Games festival. 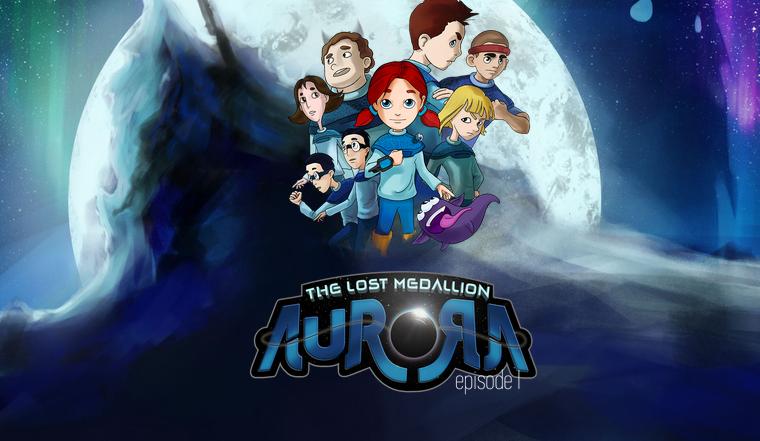 Aurora – The lost medallion is a 2D, hand drawn, sci-fi, fantasy, point & click adventure game. In short, it is a family space adventure, about a girl's quest to find her identity by Noema Games,a new team consisting of game enthusiasts, stationed in Thessaloniki, Greece. Giannis Hatzopoulos had the original idea and made the main script for the game, while he is also Project Manager, Executive Producer, Composer, Sound Designer and Marketing manager;he talked to Greek News Agenda about the results of Noema Games Company participation in the Nordic Game:

"It is a great honor that the General Secretariat for Media and Communication, has chosen our company to represent our country at the Nordic Game 2018 with our game “Aurora: The Lost Medallion Episode I”. Οur efforts have been rewarded. We are the only company from Thessaloniki to participate in the Nordic Game 2018 and we were very happy we were given the opportunity to meet people from all over the world, who could help us in game development as well as to showcase our game. Many people visited us at the Greek booth and we had the chance to discuss our game, and this helps us to improve and refine it. We were also able to attend interesting seminars by prominent speakers in the field. We had the chance to meet very important publishers, investors. Publishers told us during the «meet and match» professional meetings that Aurora is the most intelligent game they have ever seen. Amazon contacted us and said that it wants to sell our game when it's ready! Five minutes can change your life!

Our participation gave us also the opportunity to promote Greek gaming to a global audience. Noema Games will participate at the Athens Game Festival with “Aurora”. What we want is to have our game finalized, to show it at the Festival and we are looking forward to gaining its audience approval”.

Pavlos Alifragis, lead game designer at Lucid Ferret Company, which participated with the RUMRam Game about mighty kings prepared to ram their enemies in order to get their rum back, emphasized the importance of participating in international gaming events, as he has already participated in many events in the field, in Greece and abroad. He also stressed that the support of the Greek mission in an international conference bringing together great names from the video game industry by the General Secretariat for Media and Communication, was of great value.

Apart from the business aspect, Alifragis underlined the importance of contacts and friendly relations that are being developed during similar events with peer developers and the human factor, in general, "since we are creators of entertainment. We create games that are aimed at people; you cannot ignore the human factor ". Mr Alifragis added that he was looking forward to participating at the Athens Game Festival in order to showcase his game to its audience. 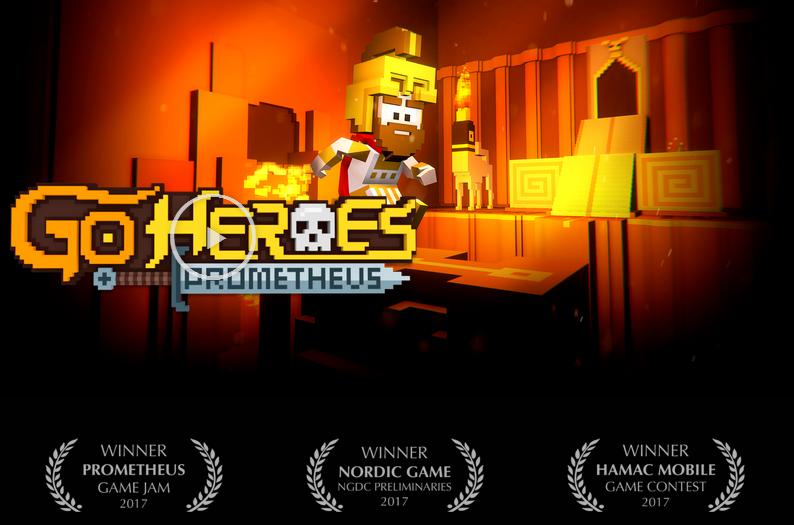 Happyland Entertainment is an independent games development company founded by Marinos Boyko Pehlivanov & Vasiliki Tsiftsian in 2017, located in Athens. Happyland Entertainment returned to Greece with the People’s Choice Award that their game Go Heroes: Prometheus, a puzzle adventure game, won at the final stage of the Nordic Game Discovery Contest (NGDC) 2018, for the best new game, adding the fifth award in its collection.The company had won a place among the best of Europe in the quarter-finals of the NGDC that took place during last year's Athens Games Festival 2017. A very important distinction, considering the thousands of new titles released every year and the competition that is getting more intense than ever.

Vasiliki Tsiftsian described her experience as follows: "The importance of our participation in the Nordic Game 2018 is huge. It is a vindication for our team and a confirmation that what we are doing is worth doing. Moreover, the conference was full of interesting people and opportunities. Such experiences broaden our horizons. We realize that thegame industry is global and that we can find opportunities everywhere. The General Secretariat for Media and Communication showed us the way. We are no longer afraid to participate in similar events on our own. We became aware of our own shortcomings, our weaknesses and this helps us to improve ourselves. We also became aware of the others shortcomings”. 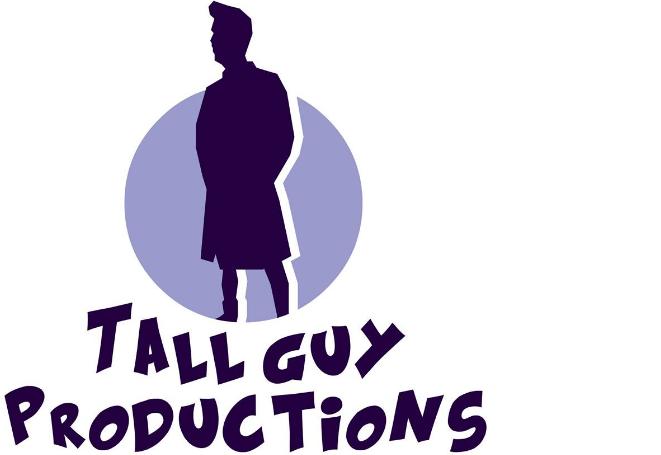 Tall guy production company participated with “Lil’ Arena” game. Christos Skandalos talked about his team’s experience: “The goal of our team at Nordic Game 2018 was to meet publishers and investors who would boost our game, to network with them and the video game industry. We were also aiming at meeting influencers who have their own followers who could introduce us to their audience and give our game a push. We had the chance to experience such a big business conference as Nordic Game and we are already in contact with people from all over the world for further networking in the Game Development industry. Being part of the Greek mission, we wanted to show that Greece is present in the field and this opportunity was given us by the General Secretariat for Media and Communication. Our team and all the gamers that participated in Nordic Game 2018 are grateful for the opportunity we were given by the General Secretariat".

Scandalos added that with the support of General Secretariat for Media and Communication, their team participated in the White Nights International Business Conference 2017 for Gaming that was held in Prague. 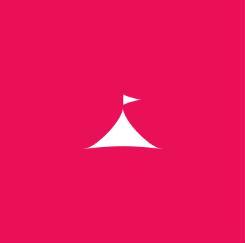 Another Circus digital agency’s «Paul Paul» video game was also in the Greek delegation. Spyros Koutsourelis said to GNA that participating in the Nordic Games 2018 was a great motivation to spend time and resources for developing their game and pitch it in front of its audience. As Koutsourelis noted: “Gaming has developed in Greece during the last six years. The Nordic Game Business Conference gave us the opportunity to network with publishers and investors. It also offered us the chance for promoting Greek game development to its community. They did not know that there was game development in Greece. The support of the Greek mission by the General Secretariat for Media and Communication is important for the promotion of Greek gaming to the global audience. There is talent in the field in Greece and much passion, but going abroad is a one-way street when it comes to seeking professional opportunities. With the right support, the video game industry could be developed in Greece since the human resources as well as the passion exist. Most of the game developers in Greece are self-taught and despite the difficulties (high taxes imposed on companies, etc.) there are some teams that take the risk of earning a living by developing video games. We will participate at the Athens Game Festival 2018. We have already participated at the Athens Game Festival 2017, which gave us the opportunity to promote our work. The opportunity it gives us to present our game to third parties and the feedback from the audience are very important for its further improvement as no game is finalized. Our game "Odyssey" has attracted the attention not only of the public but also of companies such as Amazon, that gave us self-confidence and helped us considerably in preparing our participation in the Nordic Game 2018 ".

* Interviews by Nicky Psychari, Head of Press and Communication Office of the Embassy of Greece in Stockholm.