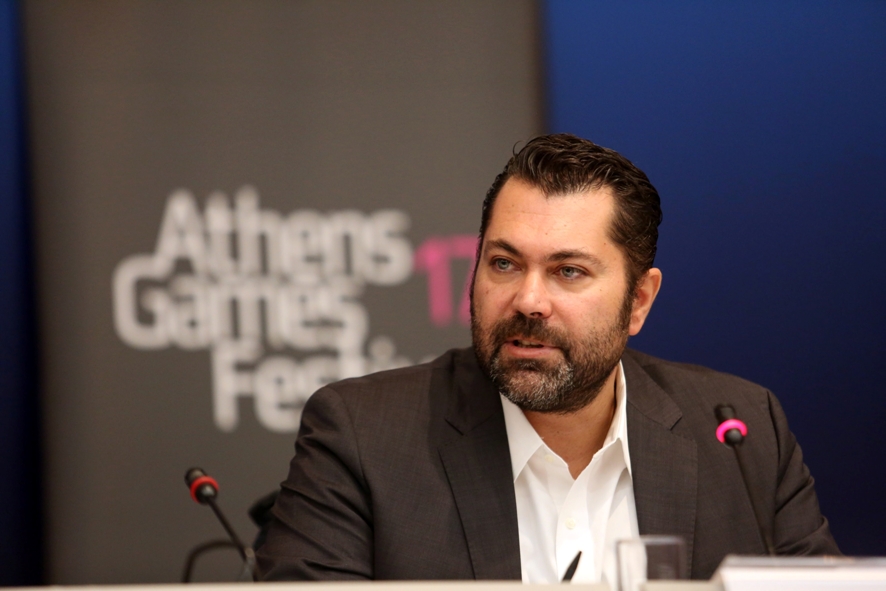 “Greece has now entered the global map of countries offering financial incentives and is now attracting the interest of the producers. We shall soon see big productions in our country, provided we quickly solve red tape issues; there is no room for complacency”, Deputy Minister of Digital Policy, Telecommunications and Information, Lefteris Kretsos, underlined in his interview with Nea Selida newspaper (September, 1st 2018)

Lefteris Kretsos holds a PhD in Employee Relations and until his appointment as General Secretary for Media and Communication he was a Senior Lecturer of employment relations and human resource management at the University of Greenwich (Greenwich Business School, Department of Human Resources and Organizational Behaviour). In the recent Government reshuffle he was appointed Deputy Minister. In his interview with Katerina Akrivopoulou he talked, among others, about the Greek Government policies to attract investments in audiovisual production in Greece:

The audiovisual sector is your focal point. Over the last year, you have regularly written – as either or both an academic and a politician – about this sector, claiming that it is much promising area from which Greece could have multiple benefits.

I could start talking about the audiovisual industry and never stop. It is a rapidly growing branch of economic activity that incorporates new technologies and is continuously expanding worldwide with astronomical turnovers, opening new fields to artistic creation. It is the industry with the highest multiplier added value, covering over 150 professional categories and a field with very high participation rates of young people and women.

How do technological developments and the institutional environment affect the audiovisual industry?

The internet is now the main vehicle and means of transmission of audiovisual content and, given its global reach, it is increasingly demanding more quantitative and qualitative content in the context of competition. You are obviously aware that at European Union level it is now obligatory that part of the content available on European territory is produced in Europe; regardless of the mode of transmission - whether it be in cinemas, on television or on the web. Greece, through the General Secretariat of Information and Communication, has tried very hard to achieve this regulation, we have worked systematically, and we are now preparing to reap the benefits. Thus, Europe has moved from being a consumer of audiovisual content produced by mega American studios to being a producer and a major attraction for investment.

And this brings us to the question of whether we can, and should, produce and attract foreign productions to our country. Everyone, of course, knows the answer, but it is time to act: To take the Greek landscape and our history on a trip on every available platform; to export quality Greek fiction and bring investments from abroad, utilizing the trained and specialised human resources and the talent we have. In this field, Greece has a competitive edge, but has lacked the production incentives and the regulatory framework dealing with bureaucracy.

And is it all ready now? Is Greece able to host large productions? Is not the incident in Sounio a few months ago, when the BBC could not get through closed doors, a shameful occurrence defaming the country?

This was an unfortunate moment but eventually everything went well and we will be very proud when the BBC series will be shown in dozens of countries, displaying our country’s natural beauty and culture. We are certainly looking forward to a more substantial collaboration with the Ministry of Culture, which is responsible for issuing filming permits on archaeological sites. I am sure we will have a productive cooperation.

Greece has now entered the global map of countries offering financial incentives and is now attracting the interest of the producers. We shall soon see big productions in our country, provided we quickly solve red tape issues; there is no room for complacency.

Now, as is the case elsewhere, an investment made in our country by a domestic production company - or by a foreign company in cooperation with a domestic one - can claim the return of 25% of its investment. It should be noted that in Europe this incentive is offered in most countries, with returns ranging between 20% and 45% of eligible costs. Thus, we shall soon proceed to raising the subsidy rate from 25% to 35%.

To date, fifteen applications have been lodged for audiovisual productions, six have already been approved and nine are in the final evaluation stage.

The audiovisual industry and those involved in it will be a key driver of growth in post-memorandum Greece.