PM Alexis Tsipras: "The Social Democrats and the Left must meet on the basis of a progressive plan for 21st century Europe" 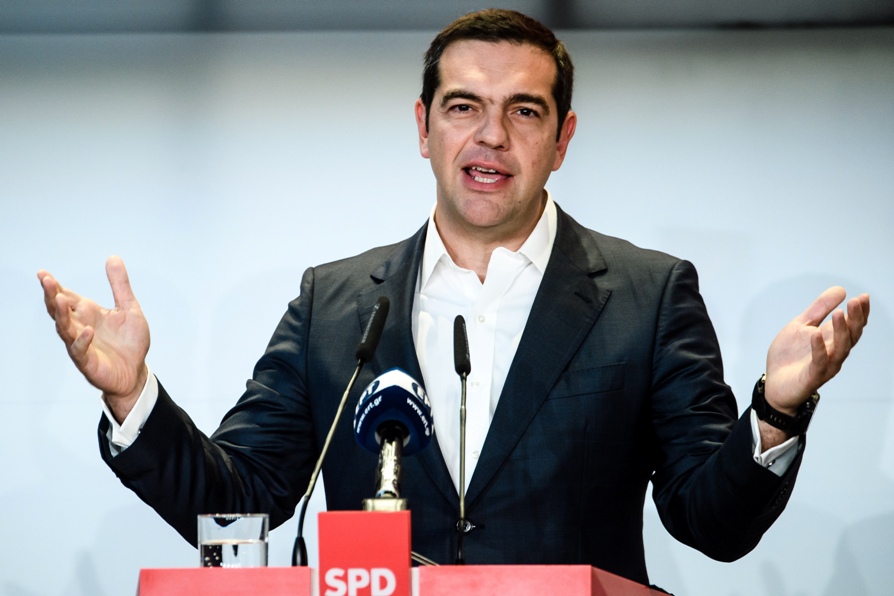 "The success for a left party is not only exiting a crisis, but exiting the crisis with the least possible losses for the weakest people, the poor, the middle class, the workers and the young," Prime Minister Alexis Tsipras said this Saturday 10.11 addressing the SPD conference in Berlin. "Success does not have the same meaning for a party of the Left and for a party of the Right. And this difference is essential," he added.

“In the summer of 2015 we chose a difficult compromise”, the prime minister said "but we never lost our orientation: we always had in mind who we were fighting for in a challenging European environment. And today, I feel that we have succeeded and have been right about our difficult choices not only because we have avoided the total disaster, not only because we have managed to restructure public finances and achieve surpluses," he noted and added:  "We have managed to do so while having reduced unemployment by 8 percentage points, having offered free access to health services to 2.5 million uninsured fellow citizens who were previously excluded." 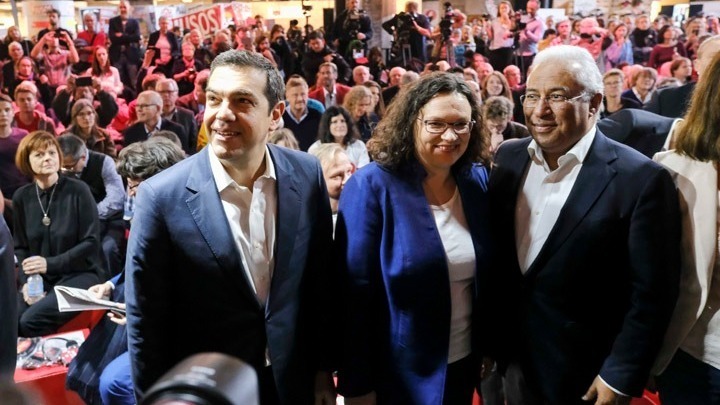 "We have established the minimum guaranteed income for all citizens facing extreme poverty. We have supported state services, we have achieved a difficult, but fair social security reform, we have restored normality to hospitals and universities," he said. "This is our success," Tsipras stressed.

"The Social Democrats and the Left must meet on the basis of a progressive plan for the 21st century in Europe," the Greek prime minister underlined. "Such a strategy can stop the upsurge of extreme right, nationalism and xenophobia," he said, adding: "We need political courage to take this step. Because it primarily calls for self-criticism. The example of Portugal and Spain is the practical proof that Social Democracy and the Left can and must work together on the basis of a cooperation for the benefit of social majority."

--> Read more: Syriza in quest to unite progressive forces ahead of EU elections

PM Tsipras at the Paris Peace Forum: A democratic and open Europe is the answer to the rise of nationalism

“After two world wars, Europe was rebuilt on the solid foundations of social justice, labour protection, gender equality, peace and cooperation among its peoples," Prime Minister Alexis Tsipras said this Sunday 11/11 addressing the Paris Peace Forum, held on the occasion of the 100-year anniversary from the end of World War I. 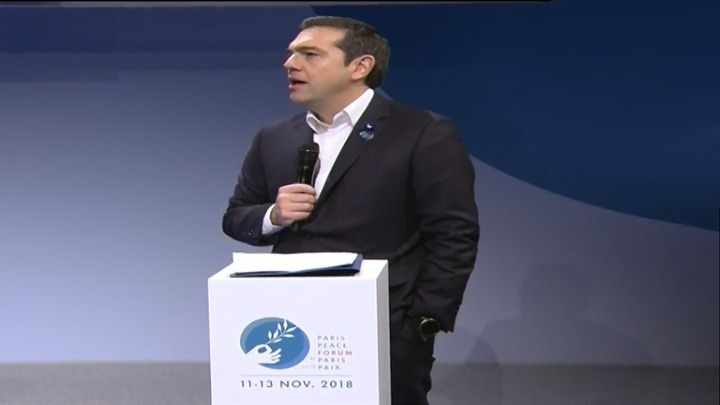 "The far-right and the nationalists have their own agenda that is clear and unchangeable: to divide society, target specific social groups, cultivate fear, and invoke a national pride that has only room for their chosen ones. Both Hitler and Mussolini appealed to troubled societies, where fear and despair prevailed” the Prime Minister said, adding that while there are great differences between Europe right after WWI and now, there are however some points of comparison that lead us to think that "we are facing a historical déjà-vu", a Europe in which inequalities deepen the gap between the poor and the rich widens, fences are erected to keep out the hunted, technocrats are high-jacking politics from the politicians; a Europe indifferent to new generations and the future of the new generation, is a Europe doomed to fail.

On the other hand, a Europe that supports the welfare state protects public goods, a Europe of democracy that will impose limits on financial markets, safeguard social rights and invest in the new generation, a multicultural and open Europe, is a Europe that could turn the wheel of history forward. I have the feeling that it is worthwhile today to strive, despite our differences, for this second kind Europe, because history cannot wait and should not be repeated.

Tsipras donated the book "Peace" by Aristophanes to the Peace Library that was inaugurated at the Peace Forum, explaining that it is the first and one of the most significant first anti-war plays. The Prime Minister added that today, with the rise of nationalism, xenophobia and conflicts around the world, this play is more important than ever, as it reminds not to take peace for granted and always fight for our values.