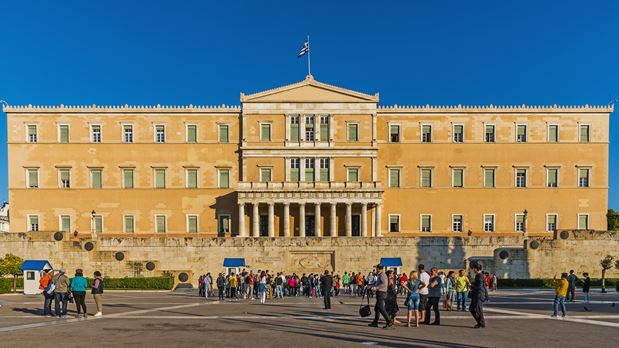 The first post-memorandum budget was tabled in the Greek Parliament this Wednesday 21/11; the 2019 budget provides for a 3.6 % primary surplus as well as a 2.5% growth - compared to 2% percent this year. The European Union's executive has approved Greece's budget, saying the draft budgetary plan Greece presented for 2019 ensured compliance with its commitment to achieve a primary surplus of 3.5 % of GDP, adding however that the country needs to accelerate reforms.

The new budget will not include pension cuts, but a package of positive offset measures that were announced by prime minister Alexis Tsipras at the Thessaloniki International Fair this September. “For the first time after 10 years, this a budget providing for a reasonable fiscal expansion, reaching over 900 million euros and including all the measures announced by the prime minister,” spokesman Dimitris Tzanakopoulos said.

The positive measures include the reduction of Real Estate Property Tax (ENFIA) by 260 million euros, the reduction by 177 million euros of social security contributions for self-employed, free-lancers and farmers, 400 million euros for housing allowance, 51 million euros the social insurance subsidy for young workers as well as 22 million euros channeled to special education programs for schools and the “Help at Home” program for the elderly.