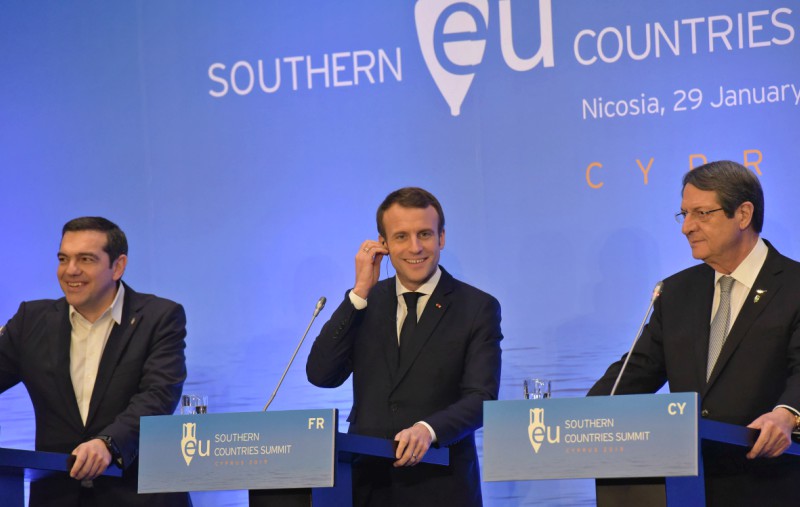 The 5th Southern EU Countries Summit, also known as “EuroMed 7 summit”, took place in Nicosia on Tuesday 29 January 2019. Heads of State or Government of seven EU member states from the Mediterranean region convened to discuss the major challenges which the EU currently faces. Following the meeting, the leaders issued a Joint Declaration concerning the matters discussed, including migration, security and various political and economic issues.

After the Summit was concluded, a Joint Declaration was issued where the Heads of State or Government of Cyprus, France, Italy, Greece, Portugal, Malta, and Spain reaffirmed their belief that building a “common European project upon a perspective for the Mediterranean as a region of peace, stability and prosperity is in the interest of Europe as a whole”. Addressing the issue of migration, deemed as one of the most serious challenges EU is faced with, they urged for “more effective control of the EU’s external borders, increased external action, and strengthened internal cooperation” paired with solidarity with those most affected, including an effective reform of the Common European Asylum System.

They also stressed the importance of addressing the root causes of irregular migration by using all tools available, such as promoting a comprehensive partnership with Africa on economic development and managed migration and implementing the Joint Valletta Action Plan, as updated in November 2018; by replenishing the EU Emergency Trust Fund for Africa; by stepping up cooperation with Asian countries; by effectively putting an end to human trafficking networks and further supporting Middle Eastern countries that bear the responsibility of hosting large numbers of refugees.

Addressing the issues of crises and security, the leaders reaffirmed the prioritisation of their states’ citizens’ safety, and stated they will will continue working towards the swift implementation of a Union Civil Protection Mechanism (RescEU). They also welcomed the substantive progress made in the area of security and defense, including in implementing Permanent Structured Cooperation (PESCO) and in the negotiations for the establishment of a European Defense Fund.

Speaking about EU relations with Turkey, the leaders reiterated their commitment to maintaining an open dialogue and to cooperating in essential areas of joint interest such as migration, counter terrorism, transport, economy and trade; they, however, also expressed their strong concerns regarding the situation in the country, calling on it to fulfil all its pending obligations under the Negotiating Framework including its obligation to respect International Law and good neighborly relations in the Aegean and the Eastern Mediterranean, as well as normalise its relations with the Republic of Cyprus.

With regards to the Cyprus issues, they commended the efforts of the Cyprus Government to reach a solution, which reunifies Cyprus and its people and reiterated their “steadfast support to the ongoing efforts by the United Nations Good Offices Mission for the resumption of meaningful negotiations leading to a comprehensive and viable solution to the Cyprus problem” in line with the EU values and principles. They also express our full support and solidarity with the Republic of Cyprus in exercising its sovereign rights to explore, and called on Turkey to respect the sovereignty of Cyprus and to refrain from threats or actions that are contrary to international law.

Regarding the issue of Brexit, they declared their commitment “to an orderly withdrawal of the United Kingdom from the EU in order to guarantee certainty for citizens and businesses”, while they also welcomed the ratification of the Prespes Agreement. 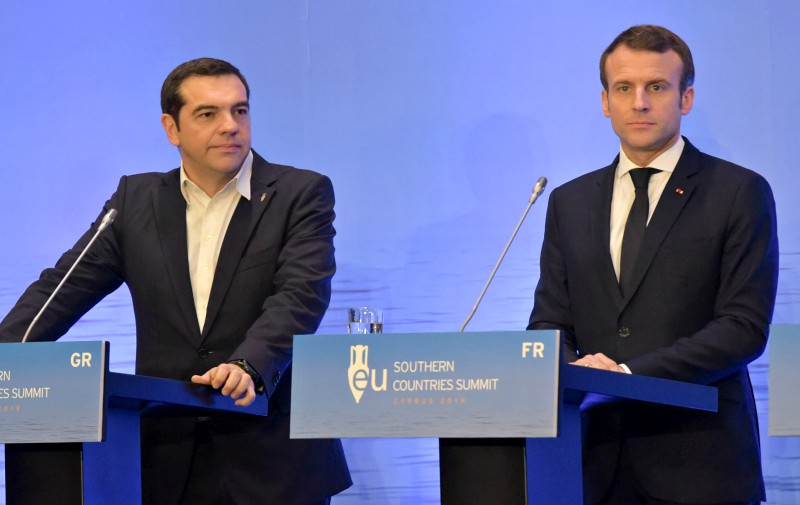 Addressing the subjects of economy and European integration, the leaders declared that they will work for an evolved Single Market that fully embraces the digital transformation, including Artificial Intelligence and Distributed Ledger Technology, firmly supporting the launch of the European Innovation Council pilot. They also expressed their support for the swift establishment of a European Labor Agency enhancing EU rules on fair labor mobility and their commitment to further deepening the Economic and Monetary Union, including the completion of the Banking Union and the Capital Markets Union.

Welcoming the European Commission's proposals on the new Multiannual Financial Framework 2021-2027, they affirmed their intentions to conclude negotiations by autumn 2019; they also expressed their belief in sustaining the essential role which the Common Agricultural Policy and Cohesion Policy currently occupy, while also addressing new and pressing challenges.

Confirming their leading role in setting the international Climate Change agenda, they welcomed the outcome of COP24 in Katowice and announced their intention to shift to a low carbon model of economy, and their hope for the swift adoption of a result-oriented and ambitious EU Strategic long-term vision for a carbon-neutral economy by 2050.

Welcoming the election of Dr. Francesco La Camera to the post of the Director General of the International Renewable Energy Agency, they underlined the importance they place on the goal of energy security, reaffirmed their commitment towards a fully integrated and interconnected European energy market and recognised the Western and Eastern Mediterranean region as a strategic corridor for gas supplies and electricity.

Finally, the leaders commended regional initiatives developed through trilateral cooperation schemes in the eastern Mediterranean region, acknowledging their “important role towards achieving a more focused and extended regional cooperation in addressing the challenges of the region” and supporting the “further deepening and possible enlargement of these trilateral cooperation mechanisms, as they constitute an important tool, which reinforces our collective efforts to promote peace, security, stability and prosperity”.