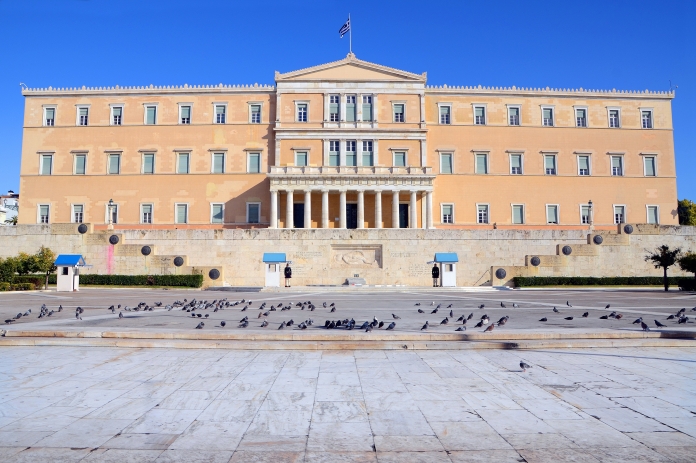 The vast majority of proposed changes in the constitution of Greece were approved in the first round of parliamentary voting that took place on Thursday, 14 February. These include changes regarding the State’s religious neutrality, restrictions on parliamentary immunity and the separation of the president’s election from the dissolution of Parliament.

Most of the approved changes had been proposed by the majority party of Syriza while some had been proposed by the opposition party of New Democracy. A number of changes proposed by Syriza were backed by more than 180 MPs; these include separating the election of the president from the dissolution of parliament (Article 32), placing restrictions on parliamentary immunity (Article 62) and also changes to curtail privileges afforded by Article 86 on ministerial responsibility and Article 101A on independent authorities.

Other proposals passed with a 150+ majority, including those concerning the religious neutrality of the state, civilian oaths, the protection of social rights and social goods, the protection of labour and collective freedoms, the ratification of international treaties through referendums, the obligation of the prime minister to be a member of the Parliament, the establishment of a ‘constructive no-confidence vote’, the establishment of the people’s right to initiate legislation and referendums, the introduction of an electoral system with proportional representation and MPs who represent Greeks living abroad, the establishment of a temporary obstacle to re-election after serving three consecutive terms in parliament, and the introduction of proportional representation and direct democracy in local government.

The Parliament also backed a number of complementary proposals submitted or backed by SYRIZA MPs, including a ban on discrimination based on race or sexual orientation, introduction of the principle of leniency and abolition of laws on ‘abusive exercise of rights’, replacement of the prime minister on health grounds, extending judiciary independence guarantees to military judges, defining a system of regional organisation and the protection of island and mountainous areas.

A second round of parliamentary voting will take place in a month’s time, exclusively on the proposed revisions of articles and sections of the constitution that received at least 151 votes in favour. Among the proposed changes that will not go to the second round, as they failed to get majority support in this round, some concerned particular paragraphs of articles of the constitution linked to the proposal for separating the election of the president of the republic from the dissolution of parliament. New Democracy’s proposal for the establishment of private universities was also among those that did not pass.

After the second round of voting, the there will be a complete list of articles and sections of the constitution set to be amended. The actual amendment will take place after the next general elections, by the new Parliament's composition, with MPs again casting vote on each of the proposed changes. Proposals which will have received a qualified majority vote during the first part of the process -the two rounds taking place in this Parliament- will only need an absolute majority in the next Parliament. Proposals approved by an absolute majority now will need a qualified majority (three fifths) in favour by the next Parliament, in order to come into effect.