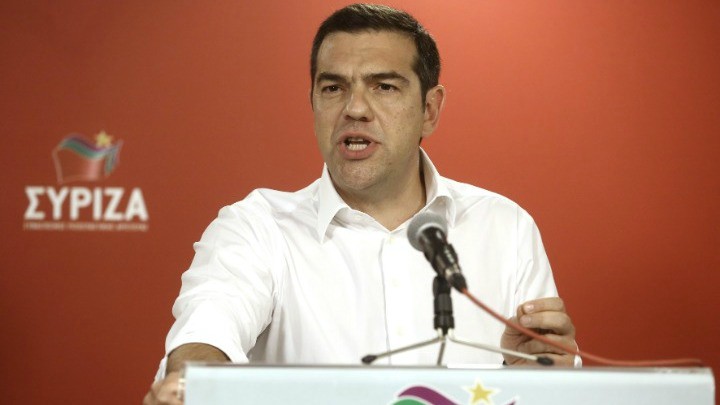 “We moved forward in the face of unprecedented difficulties over the last four years. The election result did not meet our expectations. The electoral result does not satisfy me and I will not ignore it…I cannot ignore it. The final verdict is always delivered by the people. I will not escape,” the Greek PM statted.

“[The Greek people will decide] whether they want us to carry on with a plan to support the many or whether they want to return to the darkness of austerity, of the IMF, of the yesterday that we all lived through,” Tsipras said referring to New Democracy’s party platform.

Shortly before that announcement, ND leader Kyriakos Mitsotakis had demanded that Tsipras resign and call snap elections immediately, stressing that “it is clear that the Greek people have withdrawn their support for the ruling majority. The time left until the formal end of the government’s term may appear very limited, but it is enough to bring even greater harm to the country, especially when there are emerging national dangers and new threats to the economy”.

According to the latest announcement of the Greek Ministry of Interior the results for the European elections are :

According to the results we can see that in Greece there is no longer a weak two-party system, but a strong bipolarity that crosses political life. The New Democracy represents the historic pole of the conservative forces and claims its return to power. SYRIZA, on the other hand, represents the progressive pole appealing mainly to left wing voters.

A positive message we received from the results is that the socialist party “Movement of Change -KINAL” managed to displace from the third place the neo-Nazi party “Golden Dawn”.

One of the surprises of the European elections was the percentage of the ultra right party “the Greek Solution” of Kyriakos Velopoulos.

Correspondingly, Yanis Varoufakis managed to take the lead among the formations that claimed to represent the follow-up to "No" in the referendum of 2015, although it is not certain wether he will enter the EU parliament.

Most probably, in the run-up to the parliamentary elections the two major parties will try to limit their leakage as much as possible. ND will insist that it is a power proposition, trying to gather even more voters of the right and the centre. SYRIZA will try to get back a part of the left-wing voters that moved to other formations, mainly raising the risk that ND and its "neo-liberal policy" would return.