PM Tsipras requests the dissolution of the Parliament and snap elections 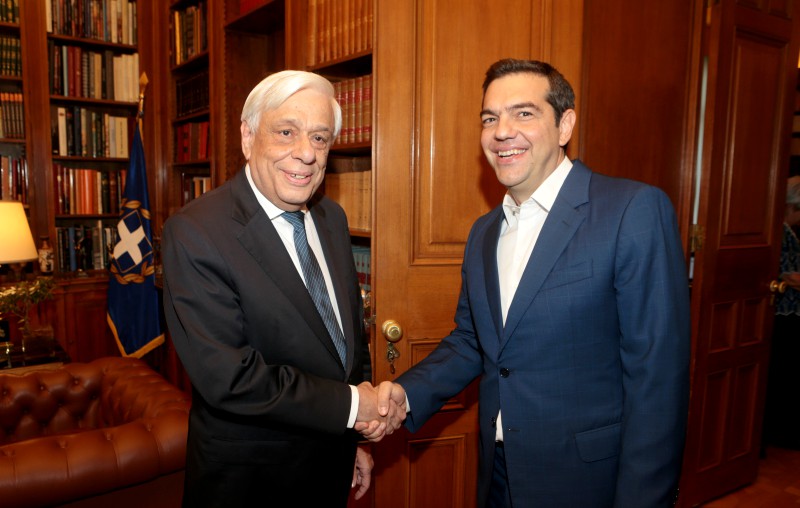 Greek Prime Minister Alexis Tsipras visited the President of the Hellenic Republic Prokopios Pavlopoulos on Monday evening and requested the dissolution of the Hellenic Parliament and the call for snap elections in order to avert a protracted period of political uncertainty that could hurt the economy.

“I came here given that [...] the European elections [...] have created a situation of a protracted pre-electoral period of about four months. I have the responsibility to consider that this may pose a threat for the national economy,” Alexis Tsipras said, adding that: “this could presage risks for the smooth course of the economy […] endangering the virtuous circle we have entered and the sacrifices the Greek people have made.”

The President of the Hellenic Republic accepted the proposal and today he is expected to issue a decree ordering the new vote and the dissolution of the Parliament.

The government had announced earlier that the general elections will be held on July 7th.