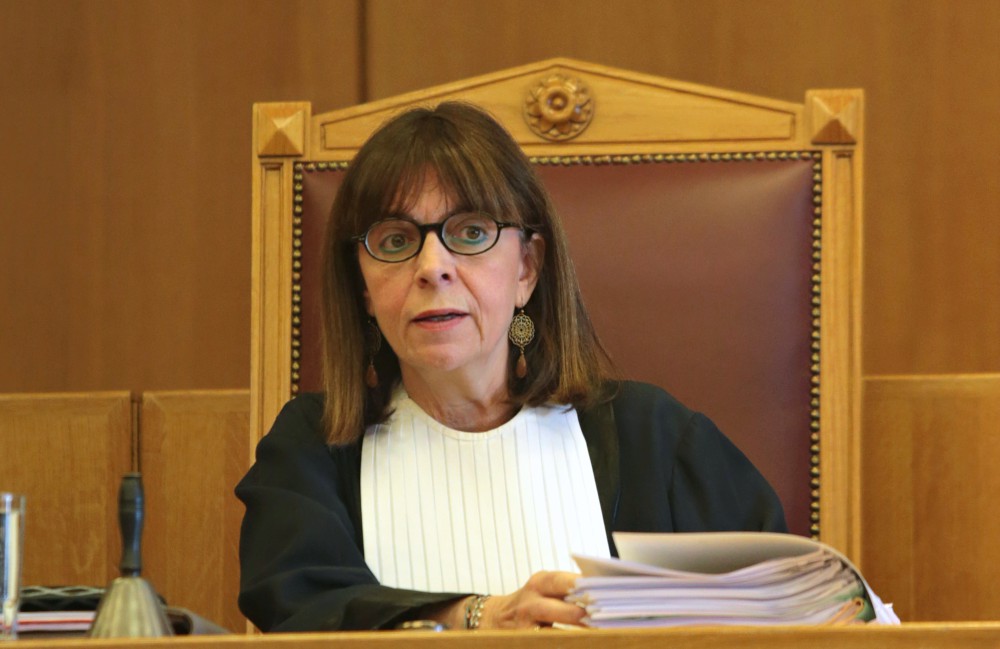 Ekaterini Sakellaropoulou was elected by the Hellenic Parliament as the new President of the Hellenic Republic on 22 January 2020 with 261 votes in favour. She will succeed Prokopis Pavlopoulosafter the end of the latter's term; she is due to be sworn in during a ceremonyin the Greek parliament on Friday, 13 March 2020.

The newly-elected President, who was until now the head of the Council of State, became the first woman to hold Greece’s highest office, marking a historic milestone for the country. Sakellaropoulou has in fact received the third-greatest number of votes ever cast in favour of a presidential candidate, and was thus elected on the first ballot, which requires a supermajority of 200 out of the 300-strong body.

With 294 members of parliament present, and after a roll-call vote, Ekaterini Sakellaropoulou received the votes of the MPs of New Democracy (157), SYRIZA (82) and Movement for Change (22), while the MPs of the Communist Party of Greece (15), Greek Solution (10) and MeRA25 (8) voted "present".

In his televised address on 15 January, the Greek Prime Minister Kyriakos Mitsotakis had proposed senior judge Sakellaropoulou for President stating, among the reasons for his decision, her "her moderation, her sound judgment, and her interest in protecting individual rights" as well as her "groundbreaking legislation for the right boundaries between protecting the environment and development, and she has served as president of the Hellenic Society for Environmental Law".

Ekaterini Sakellaropoulou was born in Thessaloniki (1956) and completed her studies at the University of Athens Law School (1978), training during a leave of absence from her Council of State duties at the Sorbonne, Paris II (1989-1990). She was promoted to head of the Council of State, the country's highest administrative court, in October 2018 - the first woman to hold that position.

She has extensive experience in teaching, as educational and Foreign Ministry consultant, and as an officer of the judges' union. She has been president of the Hellenic Society for Environmental Law since 2015, and has actively worked on large cases involving the environment, such as the diversion of Acheloos River in Thessaly and the preservation of the historic refugee buildings on Alexandras Avenue.

Author of several books, she speaks English and French, is divorced and a mother of one, and lives in central Athens.