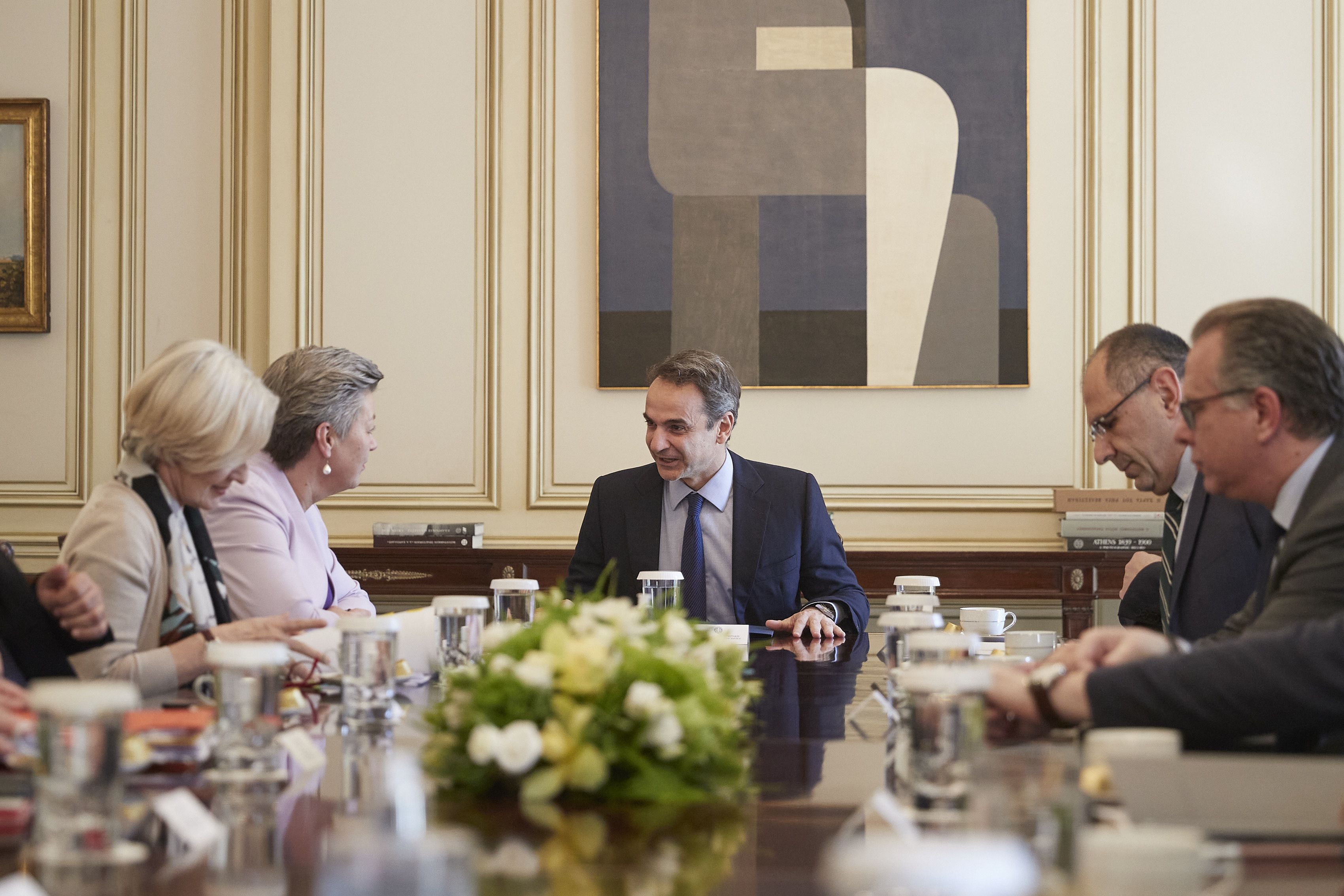 Greek PM Kyriakos Mitsotakis and European Commissioner for Home Affairs Ylva Johansson met in Athens on March 12 2020 to discuss the complex situation that Greek authorities had had to deal with recently on the eastern borders of the country. Mr Mitsotakis pointed out that Greece - and thus Europe - is actually facing asymmetric threats on its easternmost land and maritime borders, where poor and desperate people are weaponized for geopolitical purposes. Far from being a humanitarian issue, it is in fact an issue of national security. At the same time, Mr Mitsotakis reminded of Greece’s permanent commitment to human rights and rule of law, by stressing his concern for the relocation of unaccompanied minors, but also the need for the EU to implement a viable plan for the proportional distribution of asylum seekers; Mr Mitsotakis expressed Greece’s satisfaction with the solidarity that EU institutions and fellow member-states offered during the recent turbulent weeks, as well as the actual material support they contribute, such as in the case of the funding of the return program for migrants. 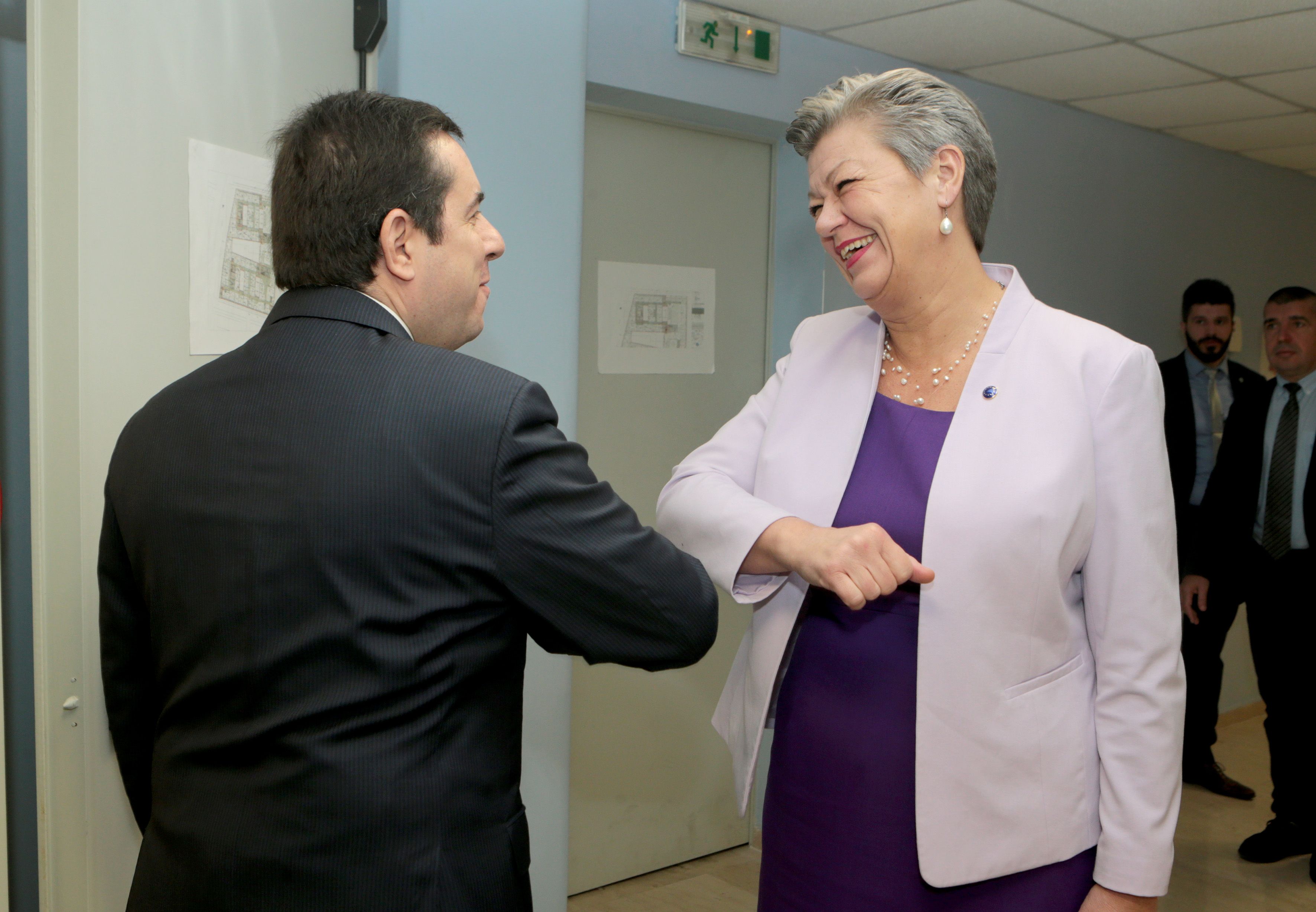 Minister for Migration and Asylum Panagiotis Mitarachi and European Commissioner for Home Affairs Ylva Johannson greet each other and "bump elbows"  at the Ministry in Athens, March 12 2020 (Source: AMNA/Pantelis Saitas)

Commissioner Johansson had actually had the opportunity to meet with Minister for Migration and Asylum Panagiotis Mitarachi earlier on that same day; following that meeting, they announced the creation of a temporary framework for the voluntary return of 5000 migrants that arrived on Greek islands before January 1 2020. This framework will offer an incentive of 2000 euros to each participating individual currently residing in reception centres, with funding from the EU. Returns will be implemented in cooperation with the International Organization for Migration and FRONTEX. 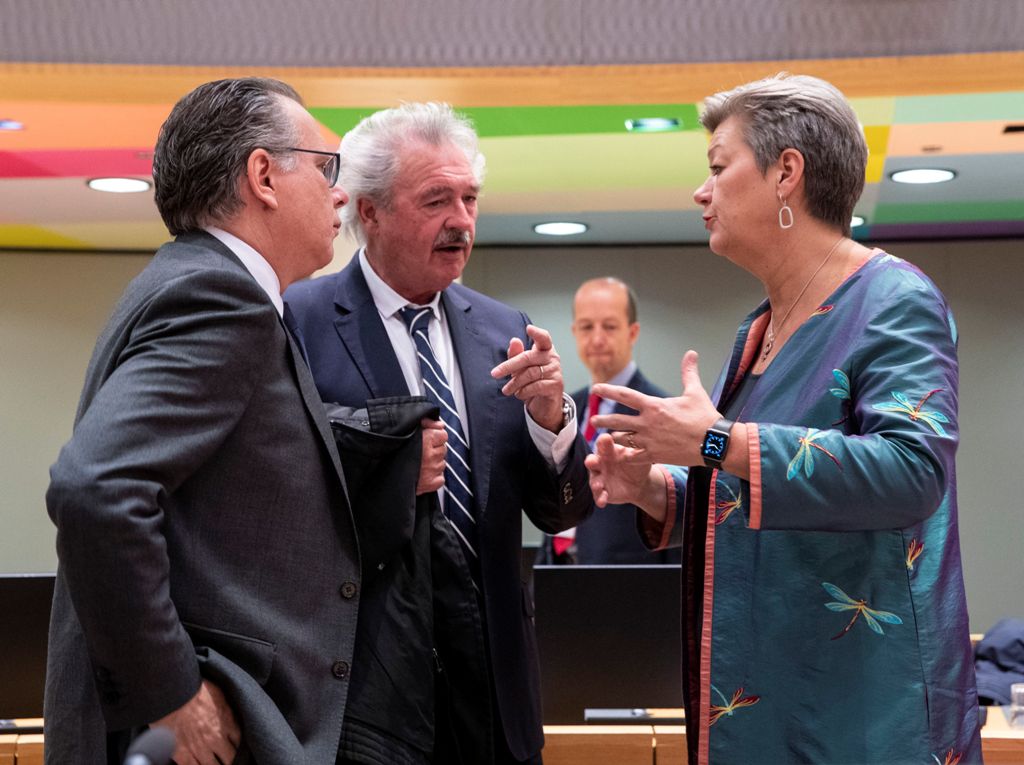 The Greek government’s global approach to the European migration crisis was anew firmly stated during the Council of EU Ministers of Justice and Home Affairs in Brussels the following day, March 13 2020. The Greek side made clear that for a solution to the migration crisis to be viable, it has to be based on the foundational principles of fairness and solidarity among member-states. Along these lines, Greek representative Alternate Minister for Migration and Asylum Giorgos Koumoutsakos spoke on behalf of all frontline member-states, which are Greece, Spain, Italy, Cyprus, and Malta. Mr Koumoutsakos expressed their common concerns and views. These suggestions first of all address the creation of an efficient system for the management of normal migration flows, as well as sudden surges. Secondly, the creation of a common framework for the return of migrants. In a long-term perspective, the Greek side stressed the need for a common system for the distribution and the prompt evaluation of asylum applications, beyond their current concentration in frontline countries as prescribed by the Dublin regulation. The recent external threats on the eastern Greek borders also rendered urgent the further enhancement of European external borders, including supplementary funding, ad hoc interventions, border patrolling cooperation, anti-trafficking initiatives, humanitarian aid initiatives and cooperation in migrant returns. Finally, Greece stressed the increased importance that legal migration and social integration should hold in the elaboration of any future EU migration policy.