From Kastellorizo, elected MPs and Senators of the Greek Diaspora, members of WHIA, send a powerful message on the Law of the Sea and the Greek positions to the 28 states from which they come 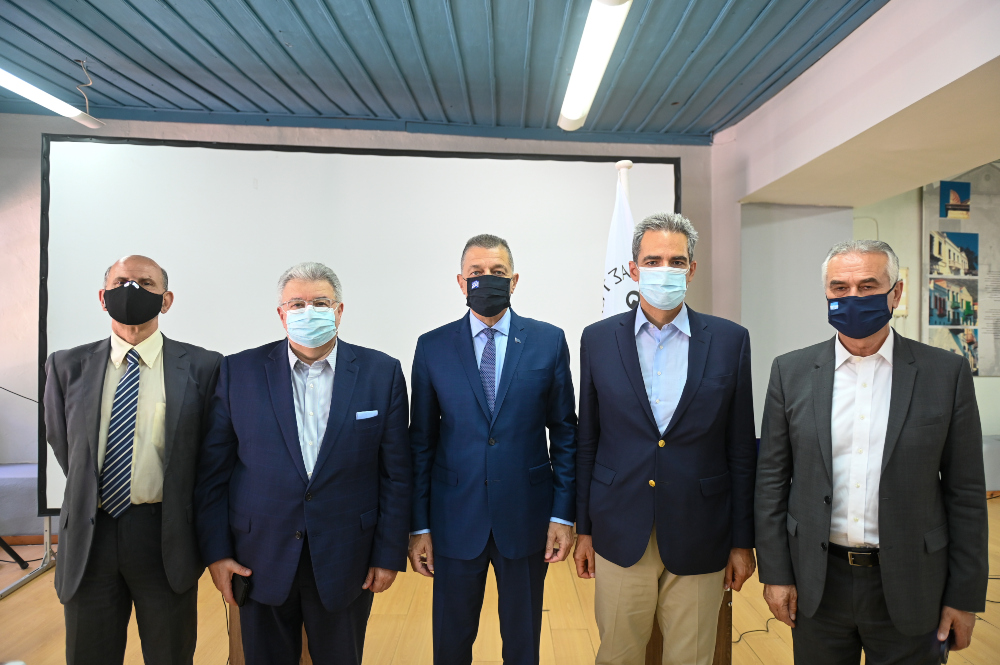 The delimitation of the maritime zones between Greece and Turkey should be carried out through dialogue and on the basis of International Law, was the message sent out by representatives of the Government, the Parliament, the Local Governments, academia, as well as MPs and Senators of the international Greek Diaspora, members of the World Hellenic Inter-parliamentary Association (WHIA) –the organisation made up of MPs and Senators of Greek descent elected in 28 countries– during the conference on "Law of the Sea and the positions of Greece and Turkey on the delimitation of maritime zones in the Aegean" held on 2 August 2021 in Kastellorizo. The conference was organised by the World Hellenic Inter-parliamentary Association (WHIA), in collaboration with the Region of South Aegean and with the support of the General Secretariat for Greeks Abroad and Public Diplomacy of the Greek Ministry of Foreign Affairs. 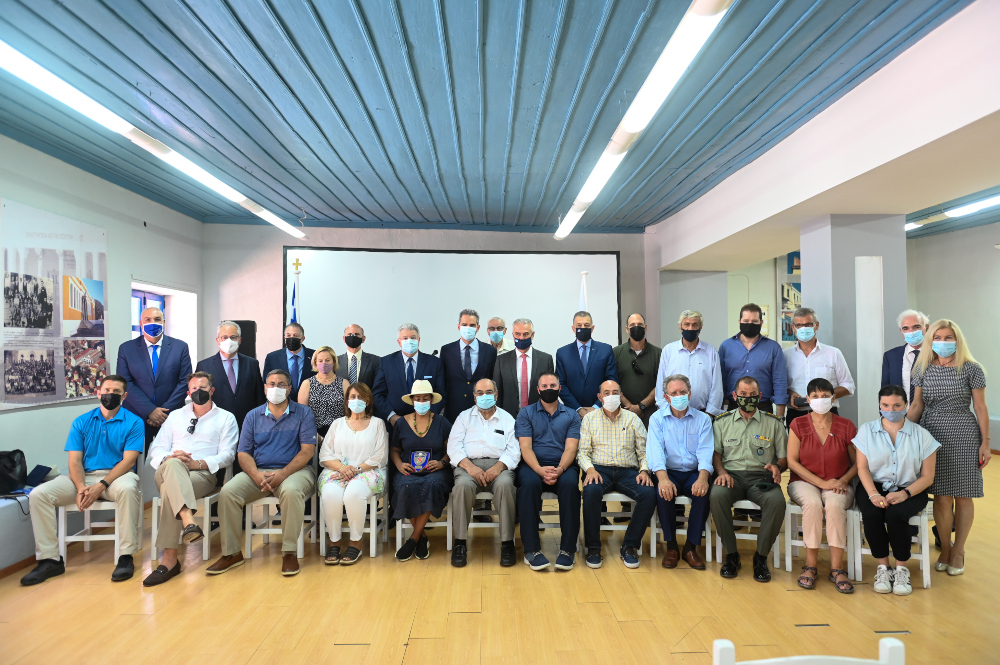 Mr Chrysoulakis began by stressing the fact that Greece has ratified the United Nations Convention on the Law of the Sea (UNCLOS) since 1995, and pointed out that the recent agreements between Greece, Italy and Egypt on the delimitation of their Exclusive Economic Zones demonstrate the Mediterranean countries’ respect for International Law. "In the case of Turkey, however, we see persistent, illegal and aggressive activities against Greece in the Aegean and the Eastern Mediterranean and against Cyprus in the Eastern Mediterranean. Greece emphatically states that these Turkish claims are in blatant disregard for Greece's ipso facto and ab initio sovereign rights in that maritime area. Specifically, based on the well-established principle of the Law of the Sea, islands, regardless of their size –such as this beautiful island where we are gathered today– are fully entitled to territorial waters, a contiguous zone, a Continental Shelf and an Exclusive Economic Zone, just like any other territory". He went on to state that "with regard to Kastellorizo in particular, we reject the Turkey’s contentions and our position is clear: Kastellorizo is not '500 kilometres away from theGreek mainland, nor is it a 'geopolitical anomaly' or a 'tiny island that creates colossal disputes', as has been repeatedly stated in the past. The island enjoys inviolable rights arising from the Law of the Sea, and our government will defend them against any and all challenges. Therefore, our presence here today is not just symbolic, it is an affirmation of the unity of our country from North to South, from East to West, which is a shield for the security of the country, and signals out dedication to peace and stability." Mr Chrysoulakis concluded by noting that "we have repeatedly demonstrated our willingness to resolve any problem with our neighbours, regarding the delimitation of the maritime areas in the Aegean and the Eastern Mediterranean, through dialogue and in accordance with international law, but not under conditions of military pressure and threats. Greece remains open to a positive agenda, and committed to its efforts to contribute to regional peace and stability, while at the same time safeguarding its sovereign rights and interests.

Mr. Noulas, on his part, pointed out that "it is true that in 2020, the Greek position towards Turkey's challenges was differentiated and in particular the European acquis was used properly and led to the recognition of the Evros and the Aegean as the eastern point of Europe and not just as Greek-Turkish borders. Greece has no reason to continue to bring on to the table issues to be resolved with Turkey, which historically constantly finds issues to be resolved by questioning sovereign rights of Greece which are fully guaranteed by legally binding documents. After all, the rhetoric of Turkey for the revision of the legal texts that bind Greece and Turkey proves without any doubt Turkey's intention not to apply the international law and treaties. Greece fully justifiably recognises only one difference with Turkey that needs to be resolved in a peaceful and legally binding way for the two countries, in a way that international law and conventions define explicitly". 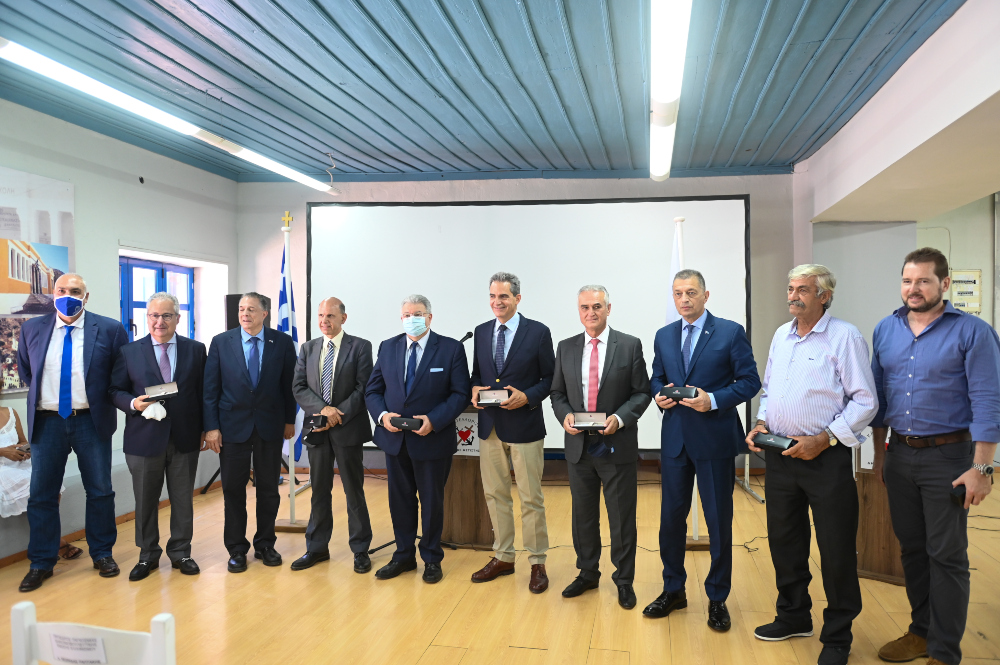 Mr Syrigos, in his turn, provided a timeline of the evolution of Turkish claims in the Eastern Mediterranean from 2004 to date, referred to Ankara's proposals for the delimitation of maritime zones with Egypt, Lebanon and Israel and focused on the Turkish-Cypriot memorandum on the delimitation of the EEZ. "For Turkey, the signing of such an agreement was a strategic move," he stressed, "as until that time it has been giving its own interpretation to existing legal regimes previously established by international conventions. It would now have its own convention which seeks to create a new legal regime." For some time now, Turkey has "leveled up", he added, "it moves on different terms, it is imbued with visions that are at once grandiose and unfounded, it is beguiled by tension, it has total disregard for international law, and it does not hesitate to use military force when it deems it has the leeway to do so". After mentioning the EEZ delimitation agreement signed by Greece and Egypt, the subsequent Turkish reactions and the new regional alliance that has emerged and opposes Erdogan's neo-Ottoman ambitions, extending from France to the United Arab Emirates, Mr. Syrigos concluded by evaluating the 2020 Greek-Egyptian agreement: "Although the signing of the agreement with Egypt triggered the lenghtiest crisis in Greek-Turkish relations, the kay benefit for Greece is that from August 2020 has an international treaty that overlaps the maritime areas claimed by the Turkish-Libyan memorandum. This introduces an international disagreement on maritime boundaries that, technically, limits Turkey's room for manoeuver. It also allows for diplomatic pressure to be applied. Moreover, the agreement with Cairo will be a powerful diplomatic weapon if the maritime zones issue is referred to the International Court of Justice. However, it does not resolve the issue of the delimitation in the Eastern Mediterranean, nor does it resolve the dispute with Turkey. A solution can only be reached by settling all the maritime boundaries in the area. Given that there cannot be an agreed delimitation, due to Turkey's contestations, the only solution is to resort to the International Court of Justice in The Hague."

Mr. Stefanis underlined that "it was with a sense of great honour and special joy that I attended the conference on the Law of the Sea, in this critically important Greek frontier that is Kastellorizo. Undoubtedly, the Law of the Sea nowadays functions as a means to control the arbitrary use of force and to defend our borders, which are also EU borders. Our maritime sovereign rights are constantly being violated, with the use of illegal threats and the promotion of misinterpretations of international law. Turkey is blatantly ignoring fundamental principles, trying to undermine the foundations of stability in the wider region. Our country is responding to this provocative attitude with determination and by asserting its rights. We have capable and hard-trained armed forces, which act as a powerful instrument of deterrence against any kind of threat."

Finally, Mr. Raptakis pointed out that "We, the elected Senators and MPs of the Greek Diaspora, members of the WHIA from 28 states, will convey Greece’s well-founded positions on the Law of the Sea to our respective countries. It is here in Kastellorizo that I, as President of WHIA, and all our members, begin our fight to make known to the public that Greece remains open to a positive agenda while promoting regional peace and stability. We will also fight the battle for the recognition of the Pontic Greek Genocide".