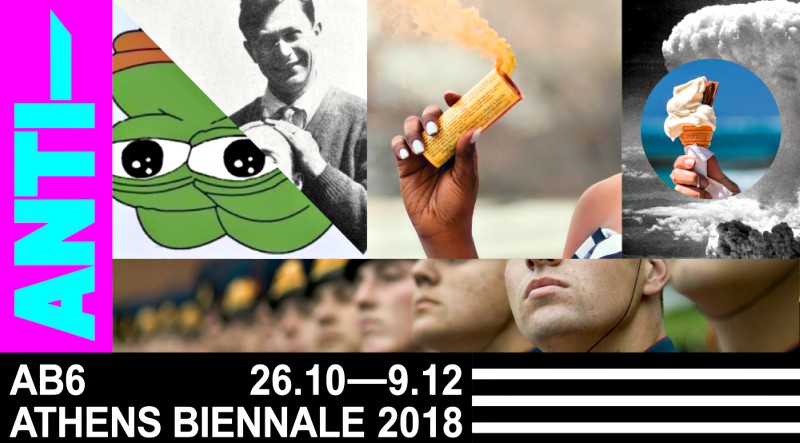 The 6th Athens Biennale takes place on 26 October – 9 December 2018 under the title "ANTI-". Curated by Stefanie Hessler, Kostis Stafylakis and Poka-Yio, the sixth edition of the contemporary art biennial examines the attitude of opposition, non-conformity and marginality, contemplates the extensive normalisation of dissent and non-conformity in contemporary society, from politics to web and pop culture, and challenges the idea of humanism in art and ideology.

The 6th Athens Biennale exhibition features works by more than 90 artists from Greece and around the world, in four different venues (the TTT building, Esperia Palace, Benakeios Library and Kolokotroni 4), while various side events -including performances, talks, workshops and DJ sets- are scheduled for the opening days (26-28 October). TTT, "ANTI-"’s main venue, is an iconic Athenian building that, since the 1930s, has served as the central offices of the Hellenic Telecommunications Organisation. With its "Kafkaesque" design, the building is in itself "a symbol of the transition from analog to digital communication". 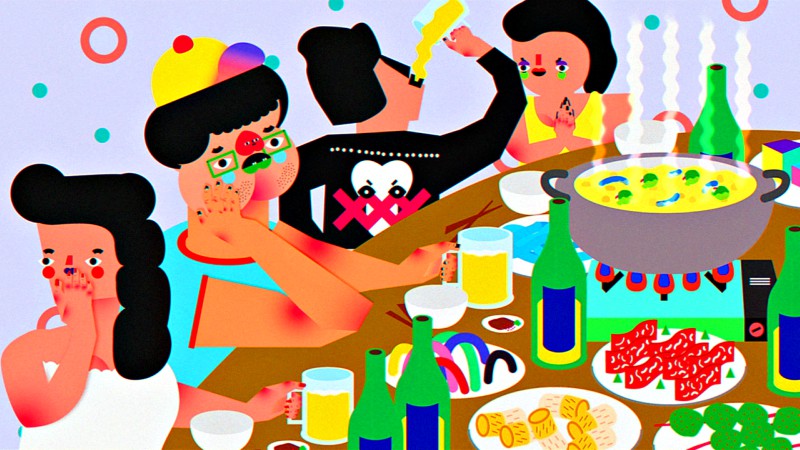 According to its curatorial statement, the exhibition’s purpose is to dissect the way we antagonise and become polarised in these post-digital times, which are characterised by the omnipresence of social media, the resurgence of neo-reactionary movements and the propagation of conspiracy theories and post-truth nihilism promoted by the alt-right. "ANTI-" dissects the notion of opposition and its normalisation in contemporary society, but also anti-humanism and "viable alternatives to the humanitarianism of today’s artistic humanism". The project’s official website features a Public Wall where visitors can upload their own images interpreting the theme of "ANTI-". 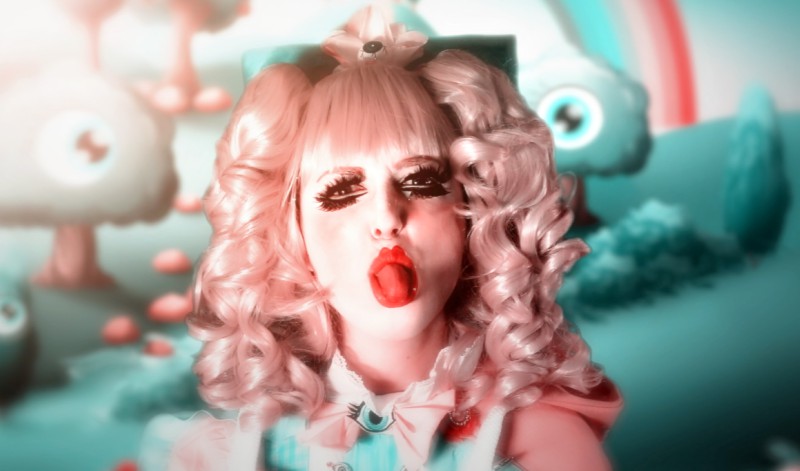 There is a vast team behind "ANTI-"; at its core are the exhibition’s curators: German curator and writer Stefanie Hessler, Greek art theorist and artist Kostis Stafylakis, and Greek multidisciplinary artist Poka-Yio, who is also one of the Athens Biennale founders. The 6th Athens Biennale is organised in partnership with the Onassis Cultural Centre, and is co-financed by the Hellenic Republic and the European Union through the Regional Operational Programme of "Attica 2014-2020" in the framework of NSRF. 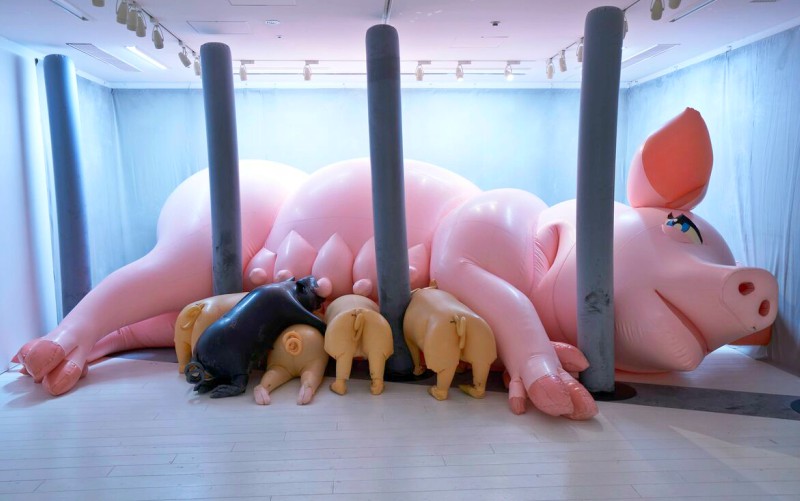 The Athens Biennale is organised by the Athens Biennale Non-Profit Organisation, founded in November 2005 by Xenia Kalpaktsoglou, Poka-Yio, and Augustine Zenakos. It functions within an international network of large-scale periodic contemporary art events. According to the team behind it, the initiative emerged from the intense cultural activity which makes Athens an interesting site for contemporary art, and its aim is to "be an agent of constant change and innovation, provide a context for creativity and dialogue and constitute a wide platform for the designation and the critical engagement of local artistic production, as well as a forum for discussion and exchange with the international scene".

Read also via Greek news Agenda: Panos Charalambous on the 180 year history of Athens School of Fine Arts; Elpida Rikou on the Learning from documenta project; ASFA BBQ 2018: The Garden of Dystopian Pleasures; Denys Zacharopoulos: A museum should function as an open window between the private and the public life of people