The works of the "Greece 2021" Committee are launched 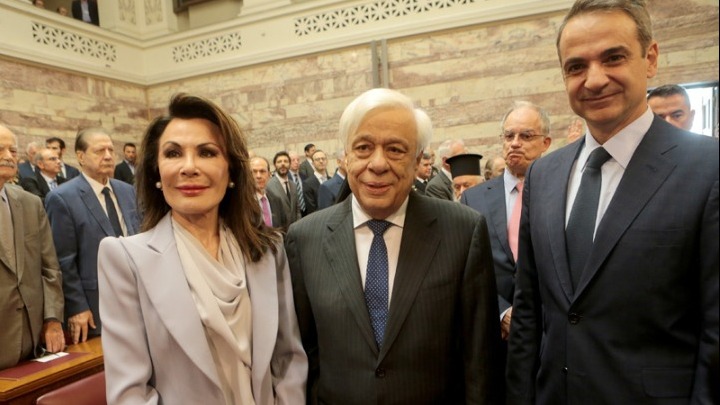 On 7 November 2019, the Speaker of the Hellenic Parliament, Konstantinos Tasoulas, declared the commencement of the proceedings of the "Greece 2021" Committee and its cooperation with the Hellenic Parliament Foundation for Parliamentarism and Democracy, in view of the country's preparations for the Bicentennial of the Greek War of Independence, the Greek revolution against Ottoman rule, which led to the establishment of the Modern Greek state.

The launch of the Committee and the announcement of its mebers by Prime Minister of the Hellenic Republic, Kyriakos Mitsotakis, took place at a formal sitting of the Greek Parliament, attended by President Prokopis Pavlopoulos, Archbishop Ieronymos, party officials, diplomats and Hellenic Army officials. The opening address was given by Konstantinos Tasoulas, followed by the keynote address by the Greek PM and the speech of the head of the "Greece 2021" Committee, Gianna Angelopoulos-Daskalaki.

In his speech, Prime Minister Kyriakos Mitsotakis said that the 200-year anniversary of the Greek Revolution can be regarded as an important occasion for daring reflection and mindfulness, for a reassessment of the values that form national self-awareness and, essentially, for a reacquaintance with our collective identity that can give Greece the opportunity for internal restructuring and for reintroducing itself to Europe and the rest of the world.

Referencing the "Sacred Band", a militant group formed in 1821 by young volunteers from the communities of the Greek Diaspora, Mitsotakis said that "today, we need a different kind of ‘Sacred Band’", formed by those who were driven out of Greece due to the financial crisis and are now eager to come back, as well as those who live abroad without ever forsaking their homeland, and who will now be able to exert their right to vote from their permanent place of residence.

Speaking about the historical events of the time, the prime minister said that Greece has been a political pioneer among European states, yet our modern history is not without its dark chapters, which also have to serve as sources of learning, just like our triumphs. "Let us look in the mirror with courage and candor. We can appreciate both spark in the eyes and the wrinkles on the face of contemporary Greece. […] Once a small Ottoman province, it is now a strong European country that leaves the crisis behind it and renews its faith in the future. "

Speaking about the formation of the committee responsible for the celebration of the Bicentennial, Mitsotakis said that all its members display a spirit of unity and modesty that will help reposition our national uprising as an act of international resonance. Speaking about the head of the committee, Gianna Angelopoulos-Daskalaki, the prime minister noted that "she has demonstrated her administrative skills and zeal in the past, as the leader of the organising committee for the 2004 Summer Olympics in Athens. 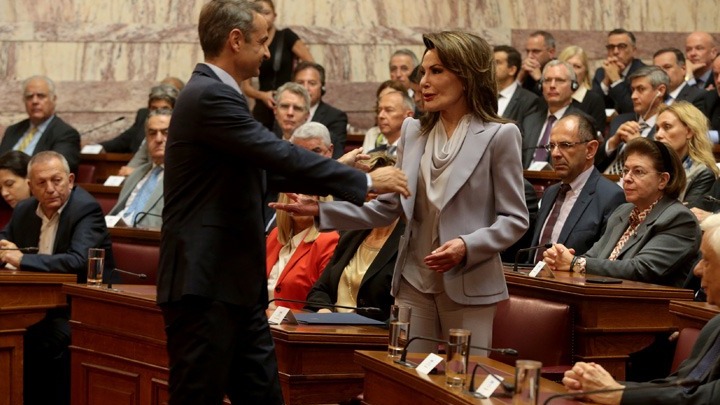 He subsequently presented the first 31 members appointed to the committee, which features international scholars, Hellenists, historians, political and social scientists, researchers, entrepreneurs and other representatives from the fields of the arts, letters and sciences.

Opening the event, the Speaker of the Hellenic Parliament, Konstantinos Tasoulas said that the Greek War of Independence did not only entail acts of great heroism, but also acts that were deeply political and set historical events in motion; this combination of heroism and politics was what underlined Greece’s freedom and led to its liberation. Tasoulas also made a special reference to the Treaty of London (1827) which, as he said, was the harbinger of Greek independence and was championed by George Canning, then Prime Minister of the UK.

Following the Prime Minister’s speech, the event was addressed by Gianna Angelopoulos-Daskalaki, who spoke of the Bicentennial as a unique opportunity for Greece to re-introduce itself to the world, and for Greeks sharpen our self-awareness, and to determine where we stand and where we want to go from here. She also assured that "the celebration for the anniversary will commensurate with the significance of the 200-year anniversary of the Revolution," but also stressed that the committee’s task is to "portray Greece as it is". 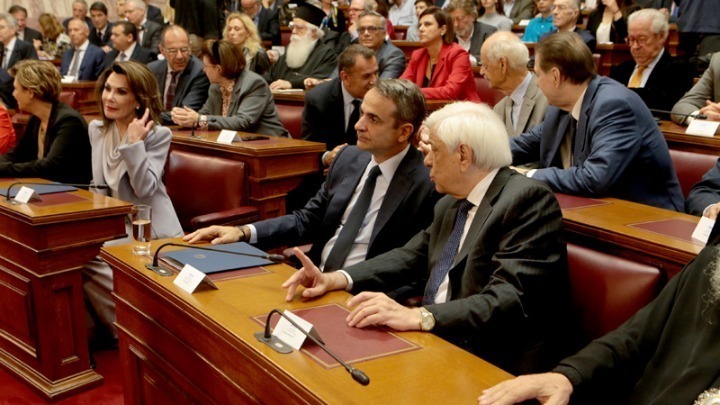 The head of the committee made a reference to multiple figures who marked the history of the modern Greek state, starting with the first national benefactors such as Varvakis and Benakis, and the most recent ones, like Onassis and Niarchos, and went on to name several personalities from the fields of the arts, letters and sciences, such as Georgios Papanikolaou, Nikos Skalkottas, Iannis Xenakis, Maria Callas, Melina Mercouri and Theo Angelopoulos.

Describing the Greek Revolution as "an important chapter in world history", Angelopoulos-Daskalaki noted that we should not treat this historic event only as an act of courage and patriotism, but also acknowledge its global impact and its connection with the deep political changes taking place in Europe and America at that time, an aspect which has not been emphasised enough.

She noted that the committee will plan events addressed to Greeks around the world, while working closely with institutions, organisations and citizens' groups. "Our aim is to carry out the project without requiring public funds, and to involve as many Greeks as possible," she added, also placing special emphasis on the involvement of the younger generations. She also expressed her hope to project an image of Greece that will have no signs of either defeatism or self-complacency.

Read also via Greek News Agenda: Roderick Beaton on the bicentenary of the Greek War of Independence; Celebrating the 200th anniversary of Greek Revolution with Playmobil figurines; Greek Independence Day: 25 March, 1821 | The Making of a Modern European State; American and British Philhellenes