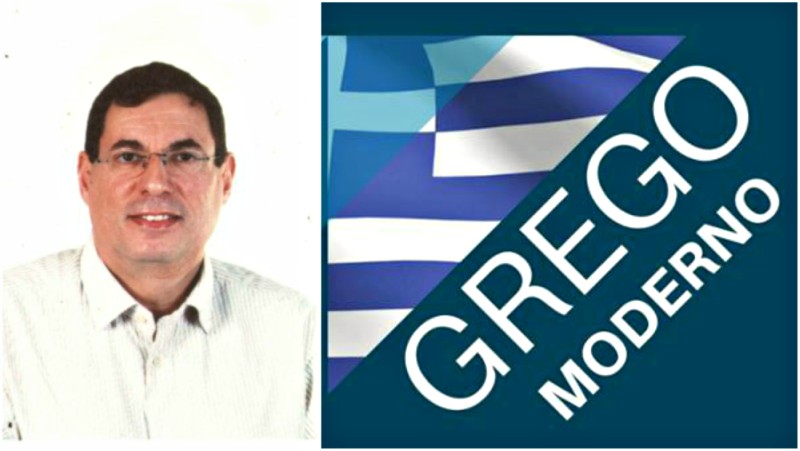 Dr. José António Costa Ideias is a Professor specialising in Modern Greek and Comparative Studies. He obtained his PhD in in Portuguese and Comparative Studies at the of NOVA University in Lisbon, where he is now Coordinator of the Modern Greek Language & Culture section at the University’s Language Institute (ILNOVA-FCSH/UNL), part of the Faculty of Social and Human Sciences (FCSH/UNL). He is also an integrated researcher in Culture and literature at the inter-University research unit Centre for the Humanities – CHAM.

Professor Costa Ideias is also a co-founder of the European Society of Modern Greek Studies (EENS, Greece) and of the Sociedad Hispánica de Estudios Neogriegos (Spain), andpresident of the Portuguese Section of the International Society of Friends of Nikos Kazantzakis (SIANK). He is an acclaimed translator, and a member of several translators’ associations, including the Portuguese Committee of EURODRAM. Focusing on fiction and theatre, he has translated works by many Greek authors of the language several Greek authors of the 19th and 20th century into Portuguese.

Professor José António Costa Ideias spoke to Greek news Agenda* about the presence of Greek language and literature in Portugal, the challenges faced when trying to promote Greek culture and the relations between the people of the two countries.

You teach Modern Greek at Universidade NOVA in Lisbon and also translate various contemporary novels from Greek. From your experience, what can you tell us about the presence of the Greek language, on one hand, and Greek literature, on the other, in Portugal?

As coordinator of the Modern Greek area (Official Higher Education in Portugal), Neo-Hellenist, comparatist (in the field of Literary / Cultural Studies) and literary translator, I am very interested in the promotion and dissemination of the Modern Greek language and literature. The presence of modern and contemporary Greek language and culture in Portugal is, unfortunately, very scarce, almost non-existent. In spite of the relevance of the Greek language and its cultural heritage in Western Civilisation, the presence of a living language and culture - Neo-Hellenism - has not really been felt, its presence and its affirmation being very “weak” (both on the academic, university and extra-university levels) in my country. Given the absence of an academic tradition regarding the Neo-Hellenic Studies at the Portuguese University, we have been fighting for more than twenty years now for the effective promotion and dissemination of modern Greek language, literature and culture, not only through regular teaching and researching at the Faculty of Social and Human Sciences of the NOVA University (FCSH/UNL) in Lisbon, where we coordinate the Modern Greek Programme, i.e., Modern Greek - Language and Culture (official programme), but also through a regular translation activity (and publication) of modern and contemporary Greek literary authors and texts, in the various genres (poetry, narrative and drama) which, in our opinion, must be available to the Portuguese readership. In this context we have also promoted contemporary Greek theatre in Portugal, with the translation (and staging by important Portuguese theatre groups) of renowned Greek dramatic authors such as Dimitris Dimitriadis, Andreas Flourakis, Andreas Staikos, Loula Anagnostaki, Erofili Lekka, among others. As President of the Portuguese Section of the International Society of Friends of Nikos Kazantzakis (SIANK), we have also paid particular attention to the promotion and dissemination of the literary work of the Cretan and universal author. We have, so far, organised several international colloquia and took part in several national meetings dedicated to the work of Kazantzakis. 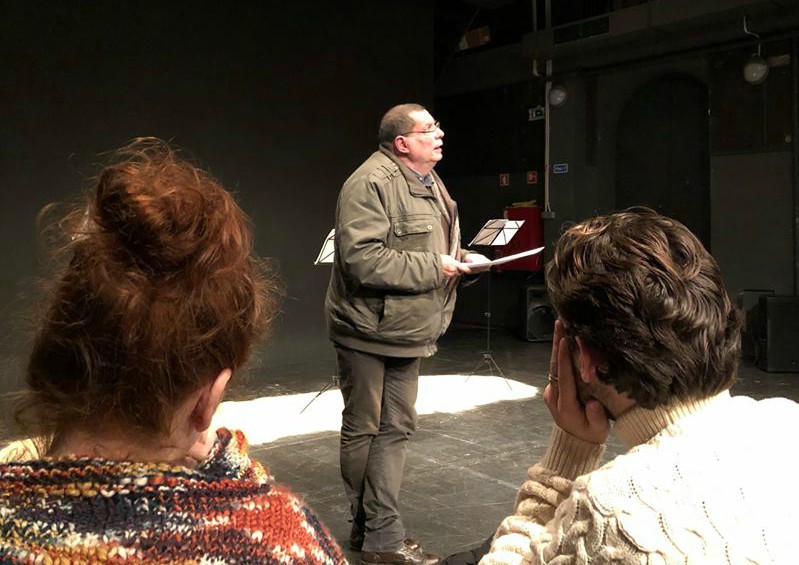 How is this dissemination hindered and what are your suggestions in order for the Portuguese to better access modern Greek literary production?

In fact, the diffusion of Modern Greek literature (like that of any other national literatures) calls for the need for the valorisation of the translation activity, without which the texts do not circulate. The role of the literary translator here is fundamental. It is therefore essential to promote and project the visibility of translators (as cultural mediators), something which unfortunately has not happened in my country in an effective way. On the editorial level, commercial and economic reasons, often circumstantial, often impede the diffusion of foreign literature - particularly that of Modern Greek literature, conveyed by a lesser-known language. It is therefore necessary, in my view, to support the translation and editing of Modern Greek literary works, the effective valorisation of the translator as a cultural agent and his/her academic (linguistic and cultural) training and the wide dissemination of initiatives in this field.

Are you assisted and supported by the Greek state in your effort?

Unfortunately, support for teaching, translation, publishing and, consequently, dissemination and promotion of Modern Greek language, literature and culture, over here, in Portugal, has been virtually non-existent. We have not had, for example, any regular financial support (for purchasing books and teaching materials for the teaching of Modern Greek, even when we are the only Official Certification Centre in Modern Greek – “Certificate of Attainment in Greek “- FCSH -UNL / ILNOVA) under the tutelage of the Greek Language Centre of the Greek Ministry of Education.

Although the Greek and Portuguese people have a lot in common, including analogous historical experiences, I however think that they don’t really know each other. Could you give us the image that the Portuguese have of Greeks, in broad lines, and also tell us whether, and how, this image has been influenced by Greece’s recent financial crisis?

Yes, I agree that although the Portuguese and the Greeks have a lot in common (being both peoples of South Europe, both peoples of the diaspora), there is, in fact, mutual ignorance. I would say that the image that the majority of the Portuguese have of the Greeks (and of Greece) is an image resulting from the ignorance of the actual Greek reality. That is to say, for most of the Portuguese (less informed about Modern Greek culture), Greece “boils down” to a (precarious) knowledge of Greek Antiquity (Classical Greece), an “idealised” antiquity and to the image of a conventional tourist poster: the ruins, the sun, the sea, the islands…. A stereotypical image of Greece and its people that, after the year 2008 (the advent of the economic crisis), integrated a partial identification of a common destiny (both peoples -Portuguese and Greeks- are victims of the crisis) and, simultaneously, by the Portuguese, a denial of that common destiny ("We are not Greece").

How did you decide to focus your interest on Modern Greek?

History of love, of true passion. So many were the paths that led me to Greece. In the first place, the language and its charm, its poetry, its literary expression. Then its history, convulsed, passionate ... And then, the euphoric confrontation with Greek physical reality, its landscapes, the topos. A lifetime, a whole existence to know Greece and the immediacy of a brief moment to fall in love with her ... forever.

Read also on Reading Greece: Professor Gonda Van Steen on her lifelong fascination with all things Greek; Riikka Pulkkinen on Greek Literature in Finland; Zdravka Mihaylova, translator of Greek literature into Bulgarian on literary translation as a platform of communication; Jan Henrik Swahn and Rea Ann-Margaret Mellberg on Greek literature in Sweden; Richard Pine on Greek-Irish Encounters; An Englishwoman in Evia: Publisher Denise Harvey on her love for Greek literature and culture